This has been on the boiler at Upper Byte for several months, and we just can't resist the temptation to talk to you about it and to introduce the composer.

So, you ask: Who on earth would be so crazy as to work with those two lunatics?" Someone at least as crazy as us, that's who! And this person has a name (it's true, promise!) and the name is... Maxime Ginolin!

He’s a composer we really like a lot, and we’re really happy to have worked with him. He’s an independent musician, composer, and plays rock music. He has two careers, music and cinematography (yep, we said he was nuts!), one with his real name, the other with the pseudonym “MagiCJacK”.

What would a concert be like without sound? And here you go! There're still a few things to polish on this track, but it gives you an idea of where things are headed! 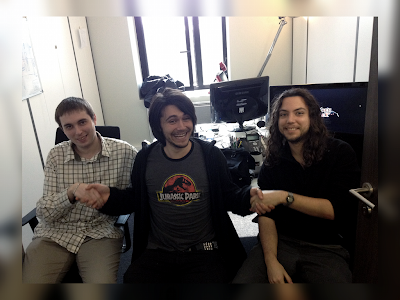 About us
All about
Wooden Sen'SeY